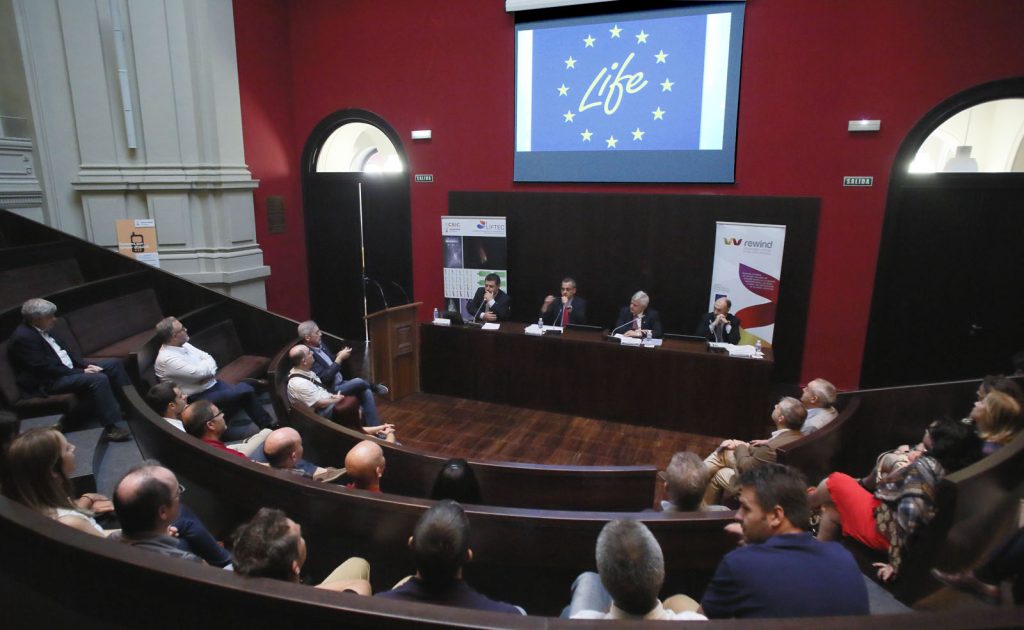 The presentation took place in the Aula Magna of the Paraninfo of the University of Zaragoza.

The principal researcher, José Luis Bernal Agustín, during his speech. 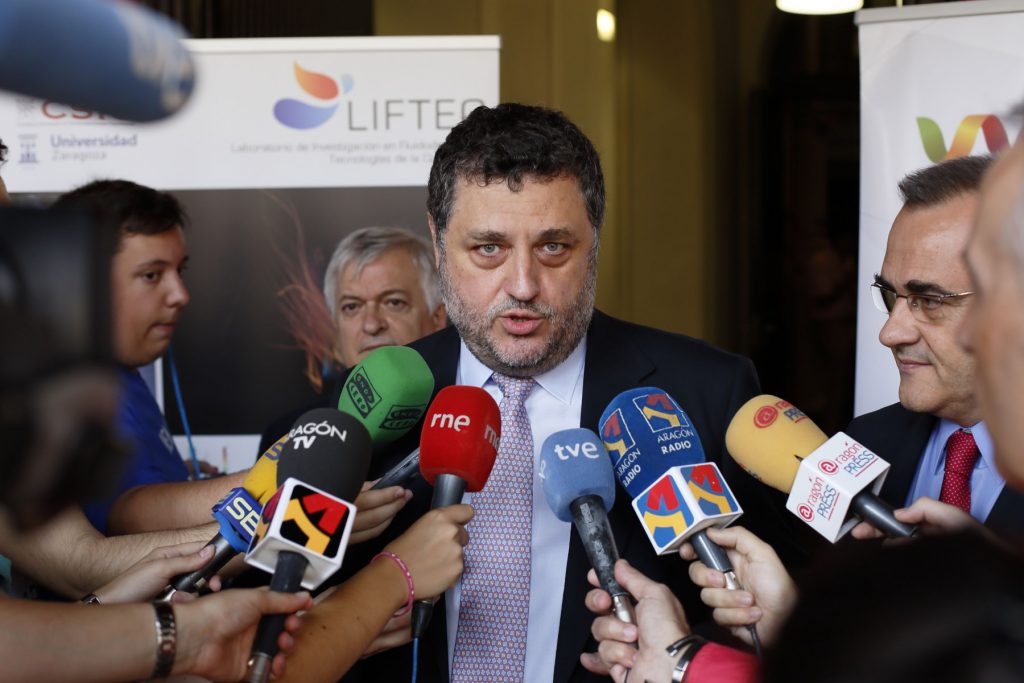 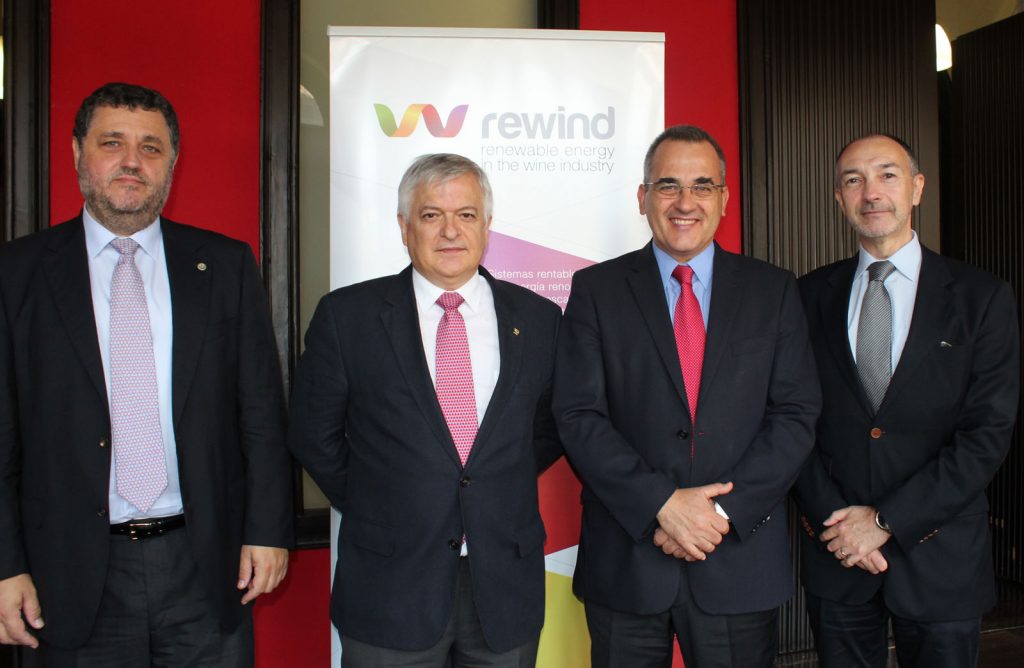 From left to right: Javier Carroquino, coordinator of the REWIND project, José Ramón Urquijo Goitia, president of Organization and International Relations of the CSIC, Luis Miguel García Vinuesa, vice-rector of Science Policy at the University of Zaragoza and Fernando Beltrán, technical secretary of Innovation, Research and University of the Government of Aragon.

Presentations of LIFE REWIND in the 21th International Congress on Project Management and Engineering. Cádiz (Spain), 12-13/07/2017. 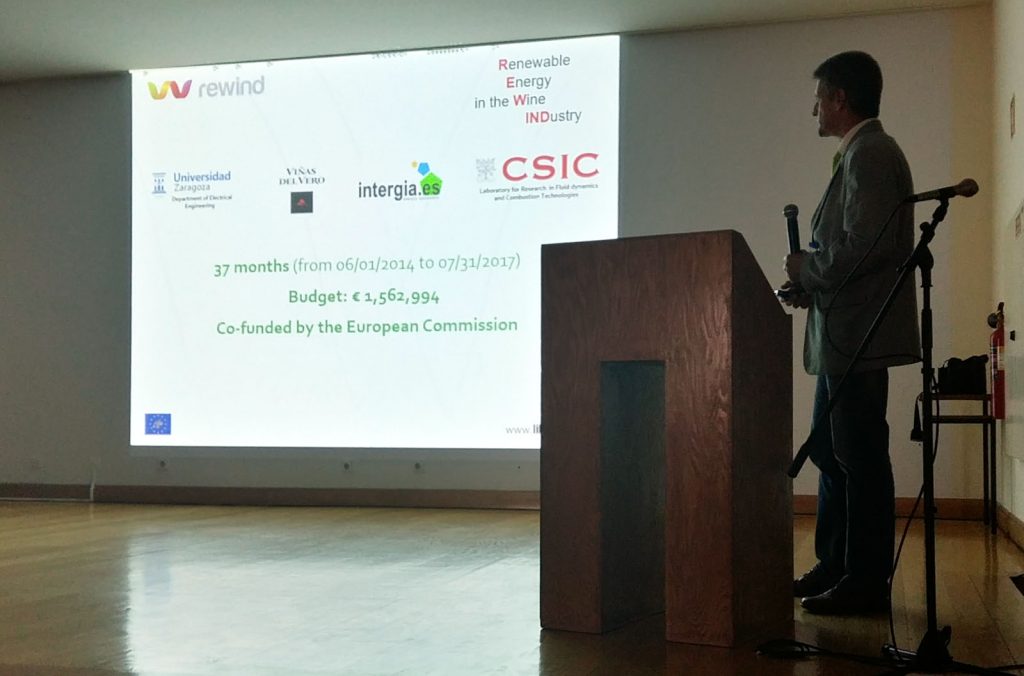 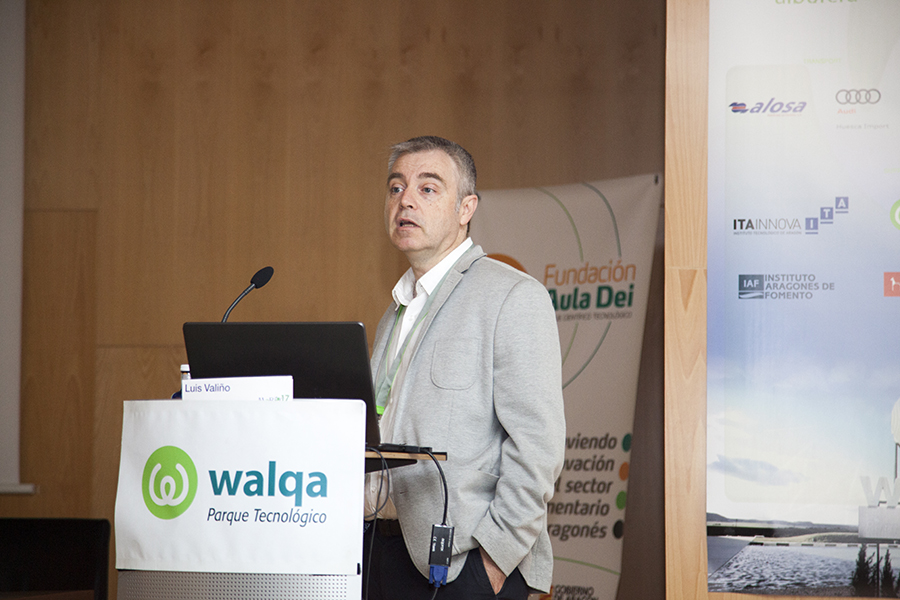 LIFE REWIND was present at the 40th World Congress on Wine and Wine, organized by the OIV and held in Sofia (Bulgaria) between 29 May and 2 June. In it, members of our project carried out two presentations and multiple contacts with stakeholders in the sector.

The second presentation of LIFE REWIND at the OIV conference focused on sustainability in the wine sector.

The first presentation of LIFE REWIND at the OIV conference described the project as a whole.

On May 24, 2017, we presented the project and showed the vehicle in the “Hydrogen and Mobility Workshop”, held at the National Hydrogen Center in Puertollano. 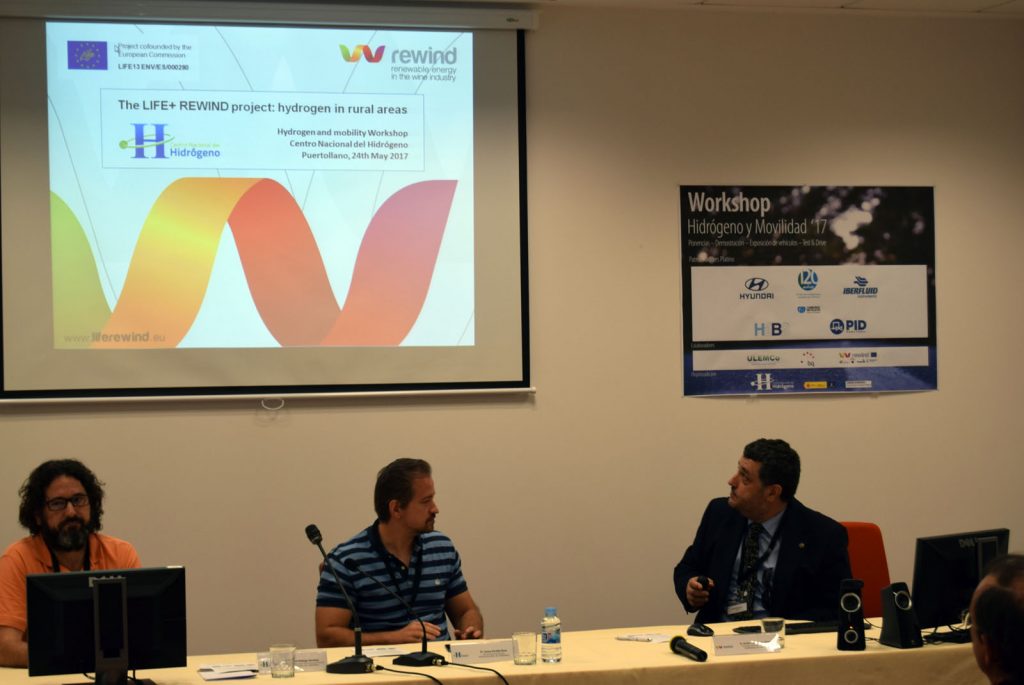 On 05/17/2017, the director of LIFTEC showed the LIFE REWIND project at a public conference in El Patio de la Infanta, Zaragoza. 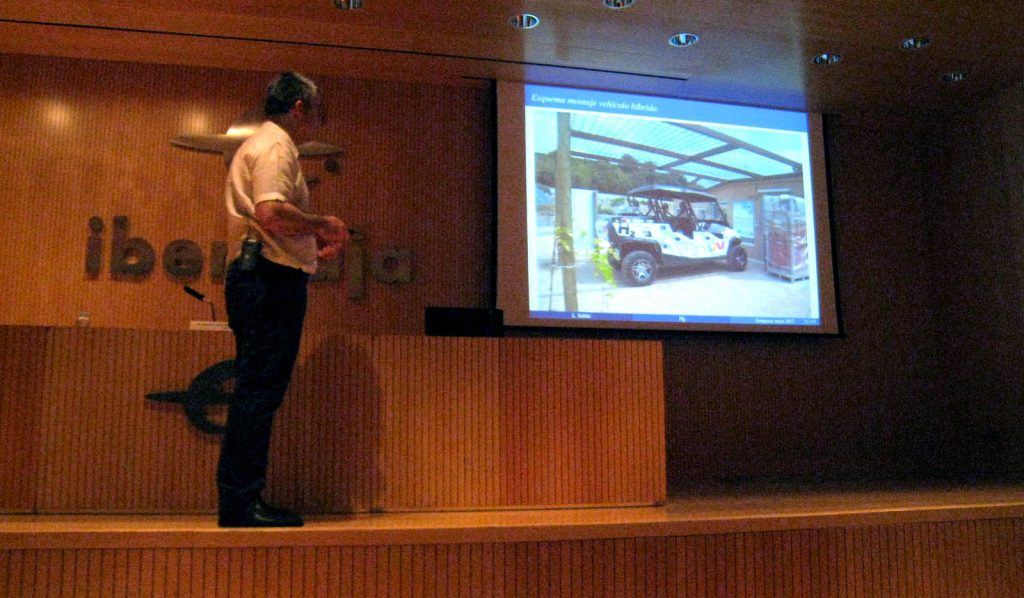 As part of the diffusion in France, from 29 to 31 March we attended the WAC2017 international congress in Beaune, La Bourgogne, where we intervened and presented a poster, which was awarded. 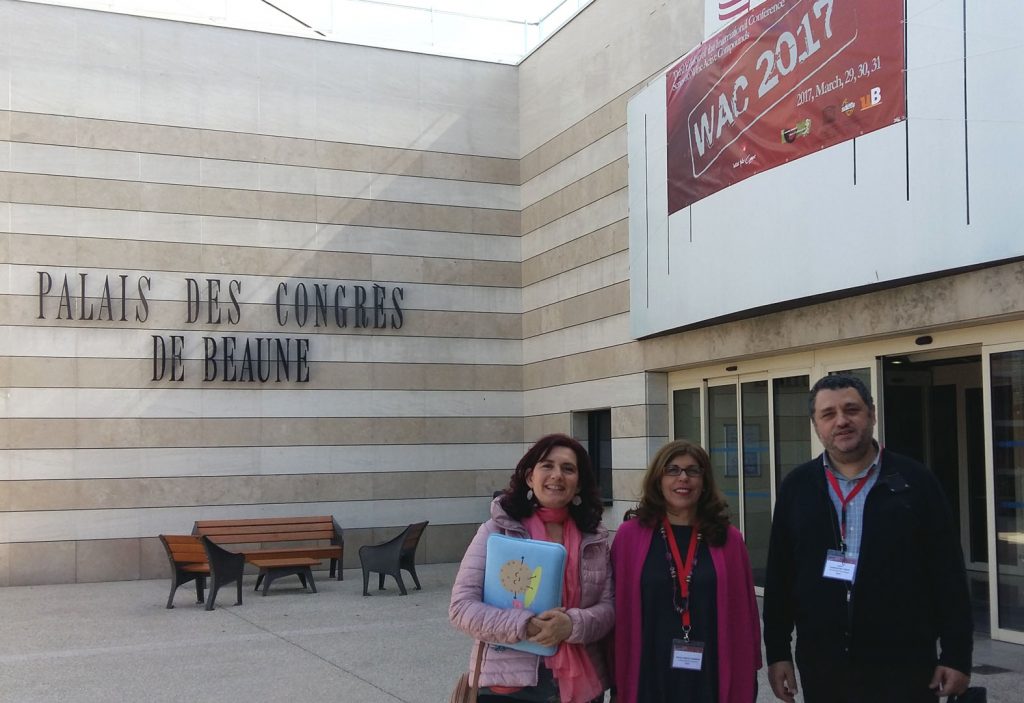 On 03/16/2017, presentation of LIFE REWIND at the Higher Technical School of Agronomic, Food and Biosystems Engineering of the Polytechnic University of Madrid 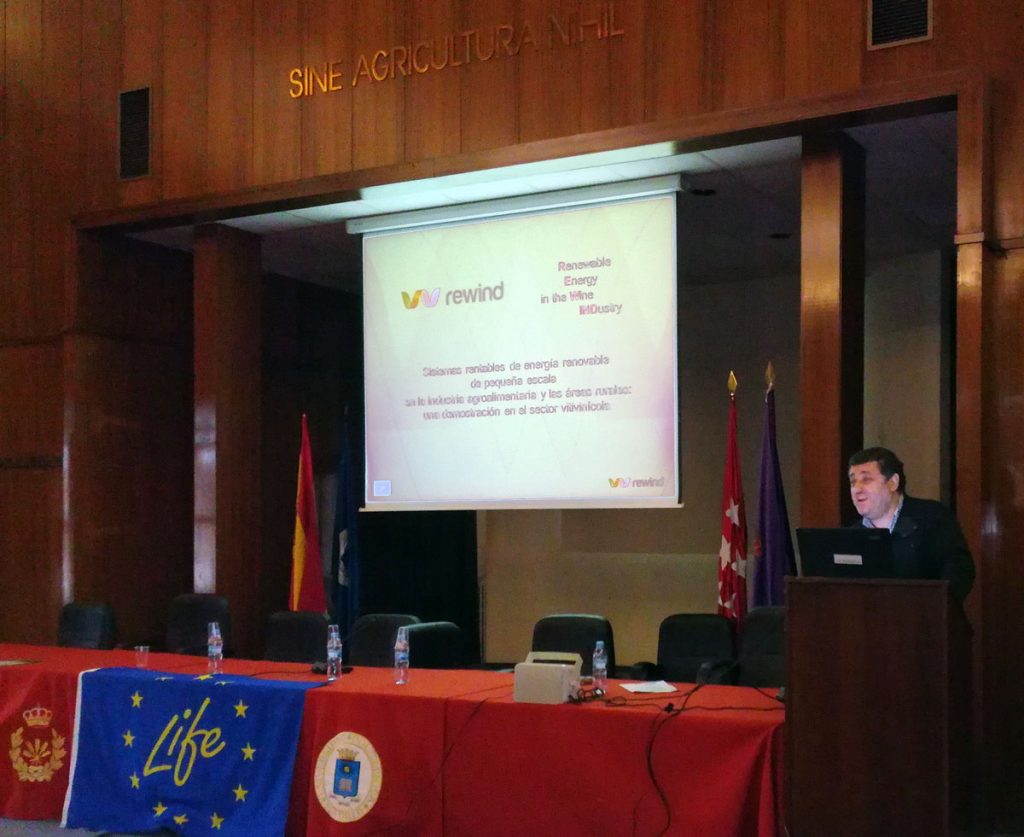 On 03/15/2017, presentation of the LIFE REWIND project to the students of the Degree of Electrical Engineering of the University of Zaragoza. 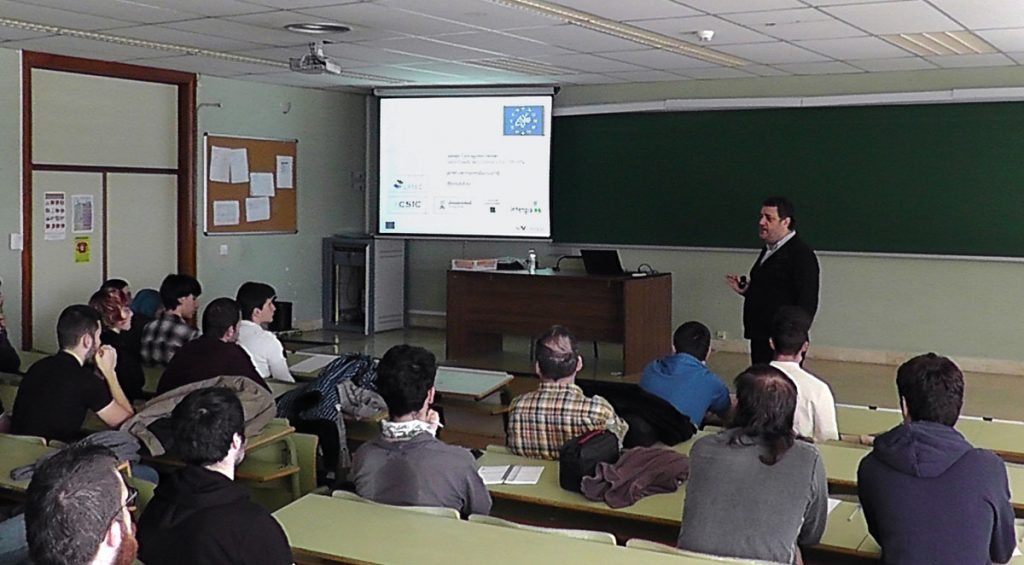 12/19/2016: Presentation of LIFE REWIND in Technical Conference “Carbon footprint and sustainability in the wine sector” in Madrid. 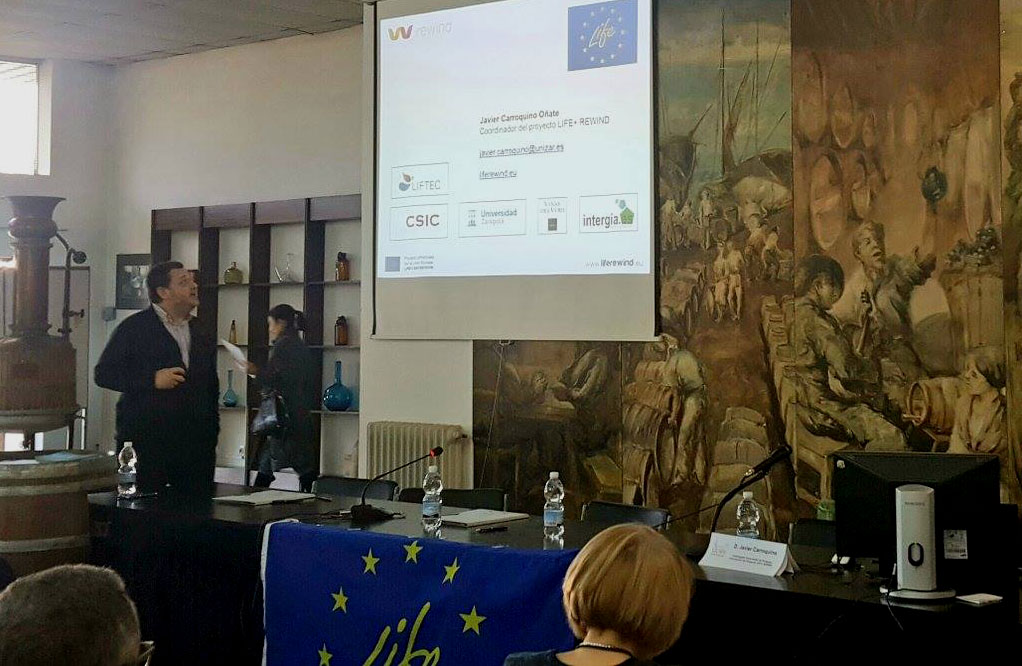 The coordinator of our LIFE REWIND project, Javier Carroquino, has participated as guest speaker at the III Spanish Solar Forum, the main event of photovoltaics in Spain. The Forum was organized by UNEF. It was opened by Miguel Arias Cañete, Commissioner for Climate Action and Energy of the European Commission. The number of registered attendees exceeded 480 people. In our presentation the case of Viñas del Vero was exposed, and also the prototypes of the project. 11/29/2016. 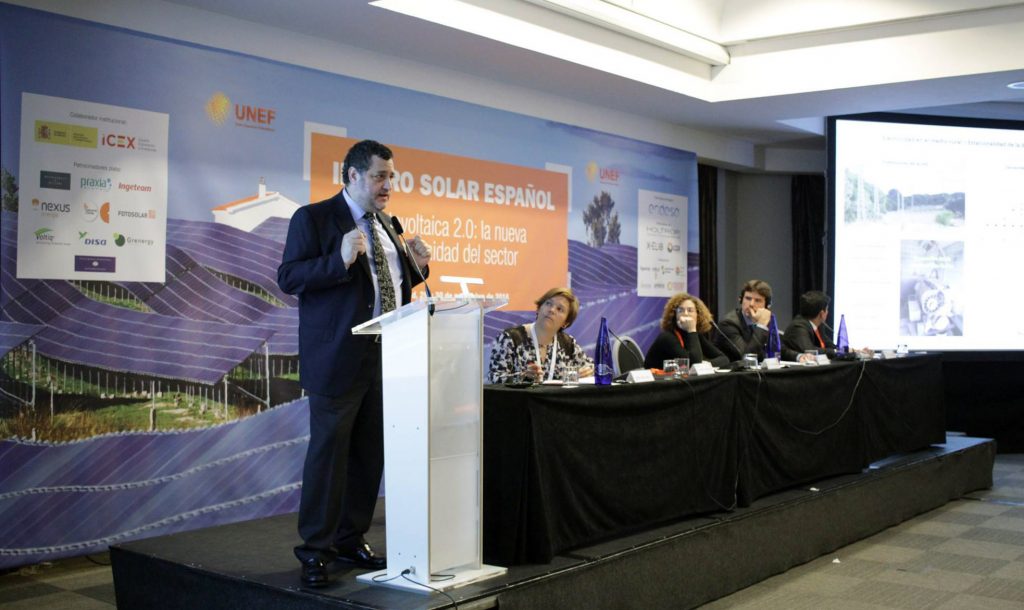 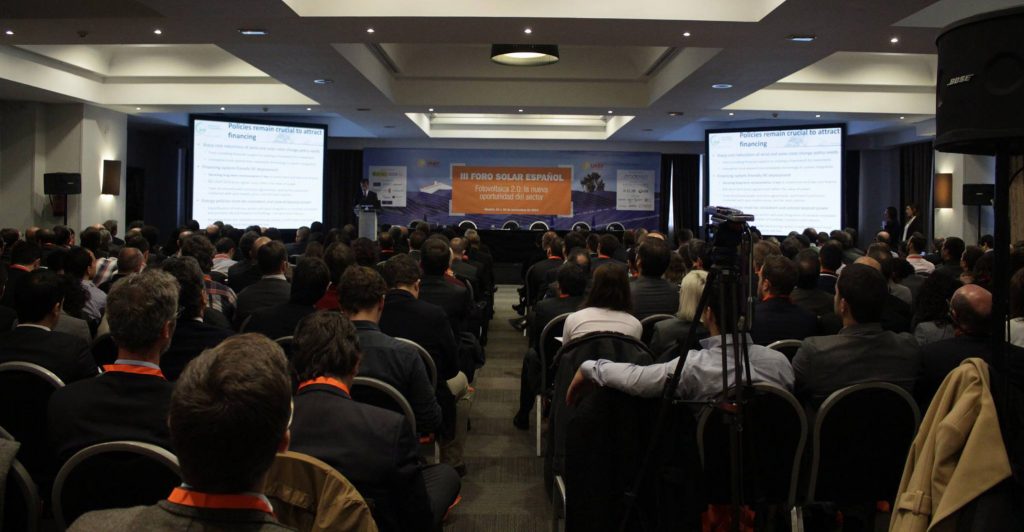 On 11/25/2016, students of the 3rd year of the Degree of Environmental Sciences and their professor Joan Manyá, of the Higher Polytechnic School of Huesca, visited the prototypes. 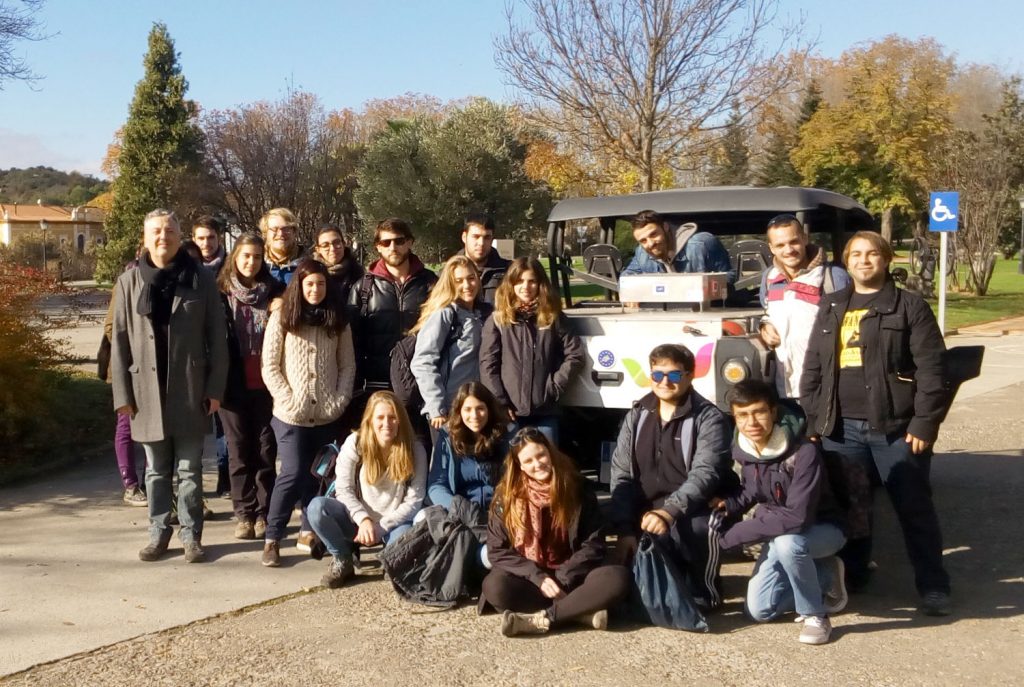 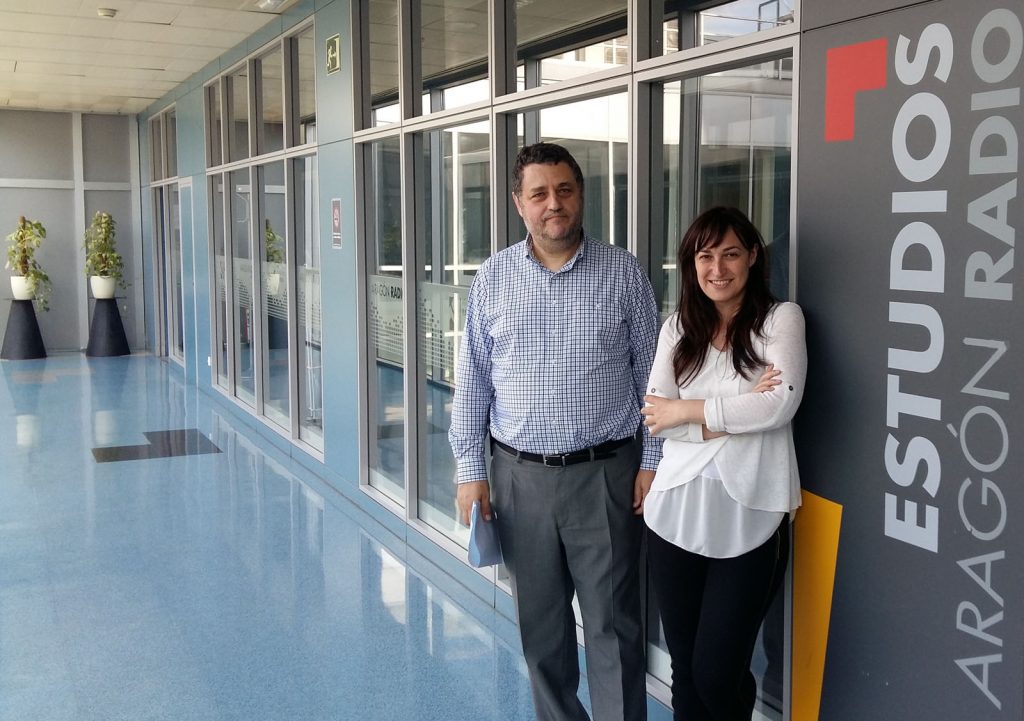 On May 18, 2016, we participated in a networking event organized by LIFE AQUASEF. 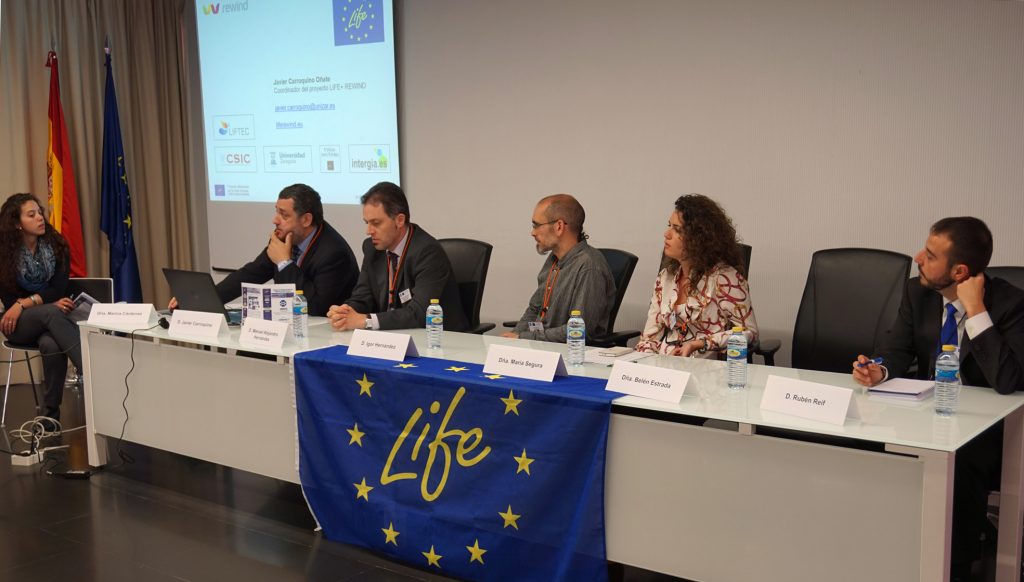 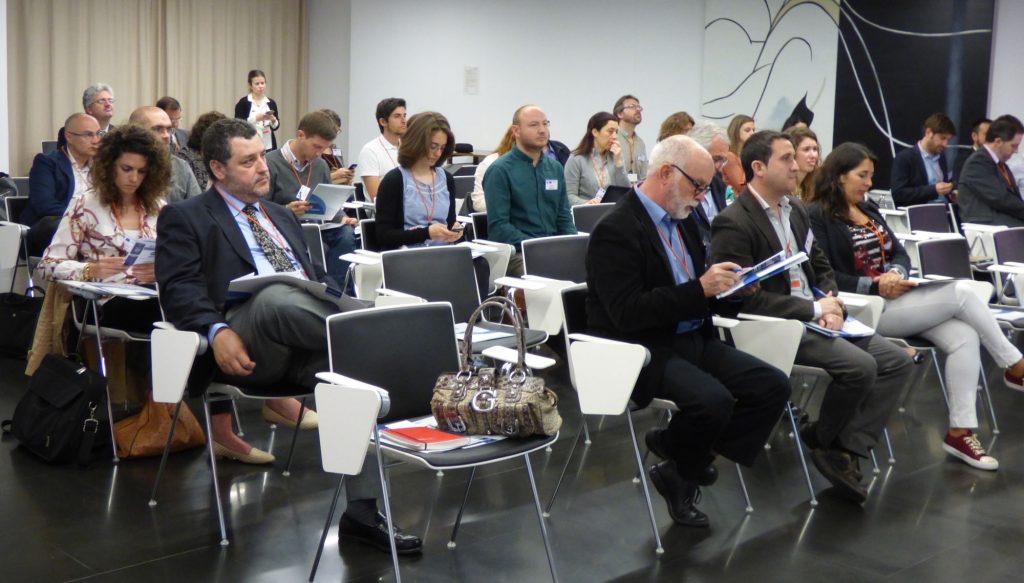 On April 18, REWIND LIFE project presentation in the Master of Renewable Energy and Energy Efficiency of the University of Zaragoza 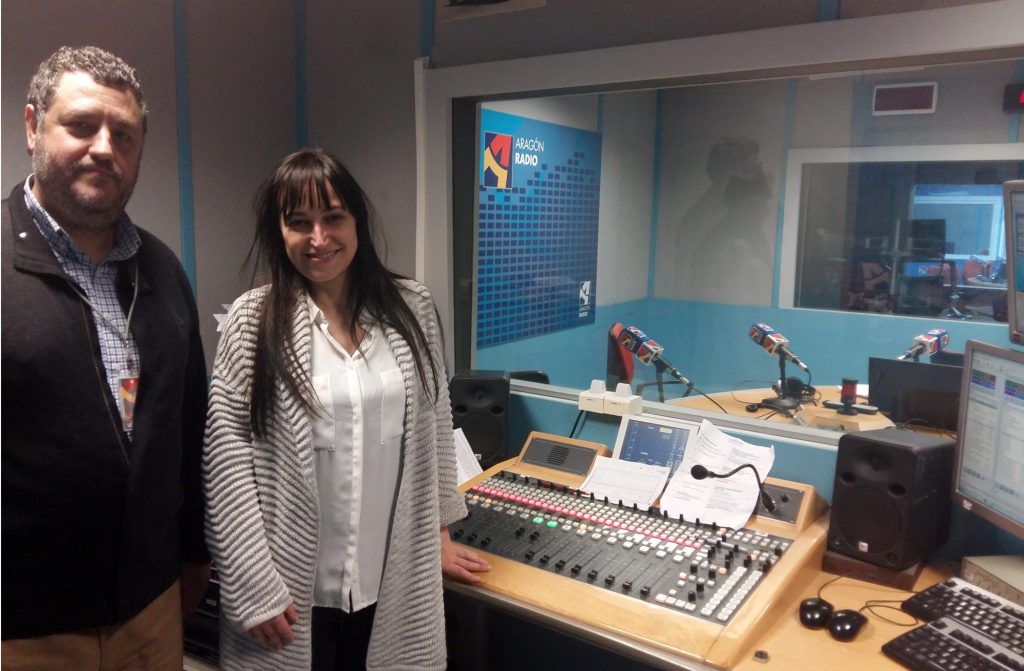 A radio interview about the summer course “energy sustainability in the agricultural sector.” Radio program “From doors to the field” in Aragon radio, with the journalist Ana Esteban. The interview will be broadcast on Sunday 21 and Tuesday 23 June. 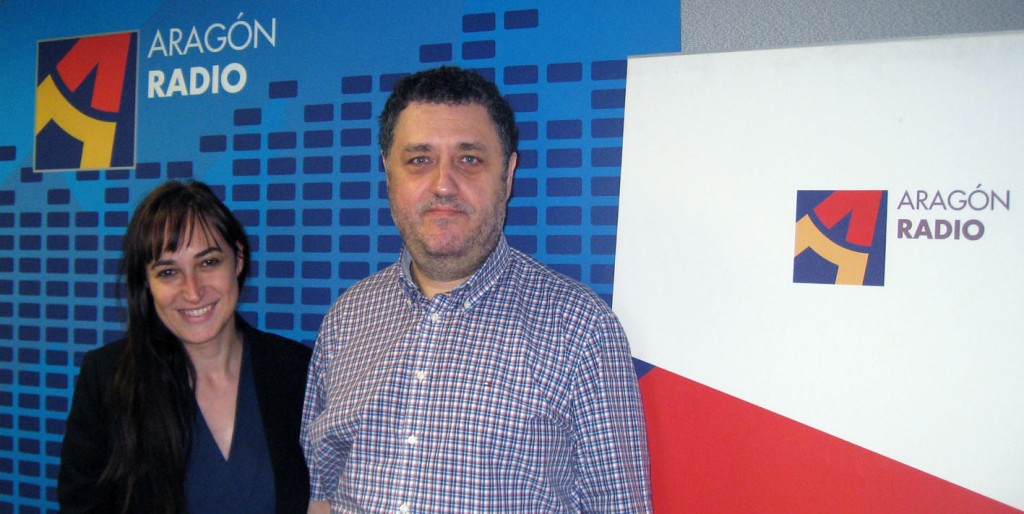 Conference in Almansa (Albacete) in collaboration with the Regulatory Council of the Designation of Origin Almansa. May 14th 2015. 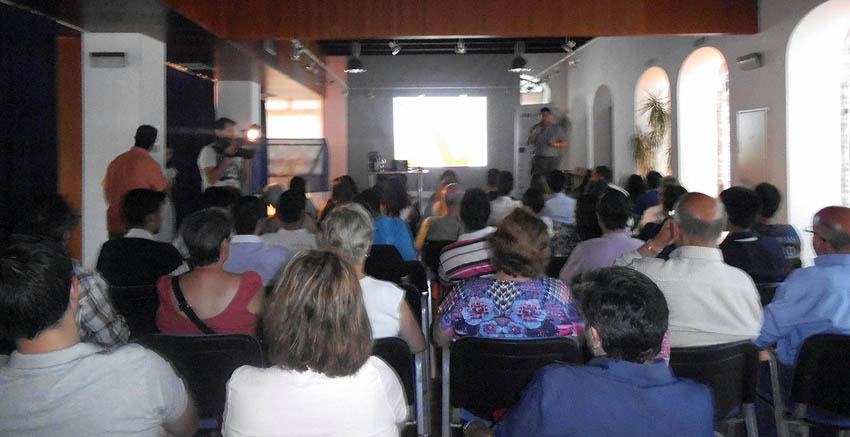 On October 3rd, 2014 a project presentation before an audience of business entrepreneurs was conducted in CIEM, Digital Mile of Zaragoza. 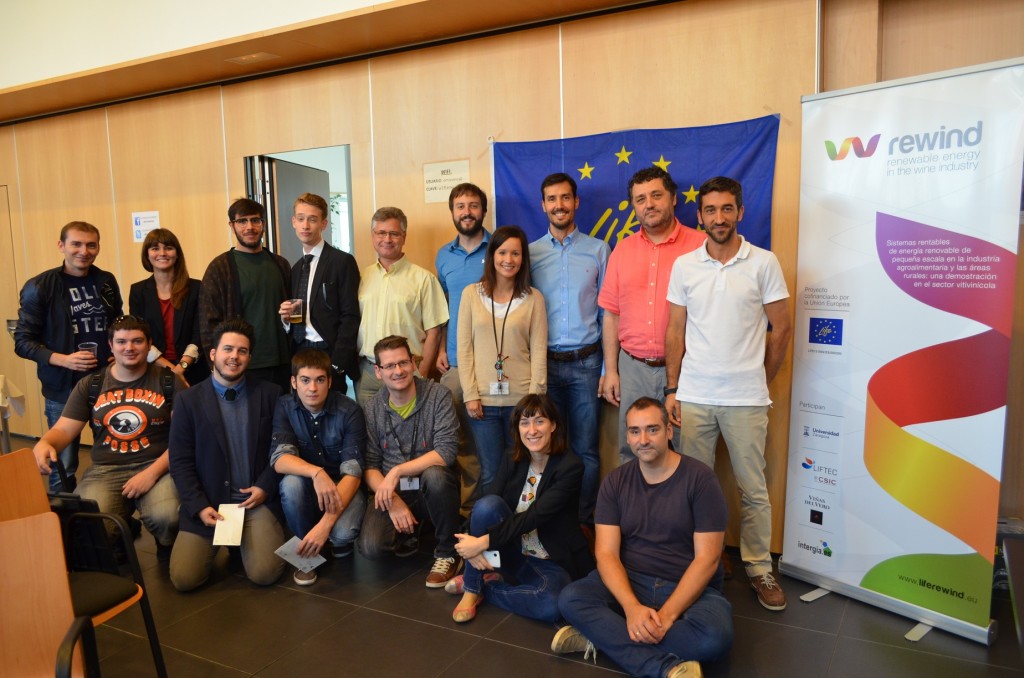 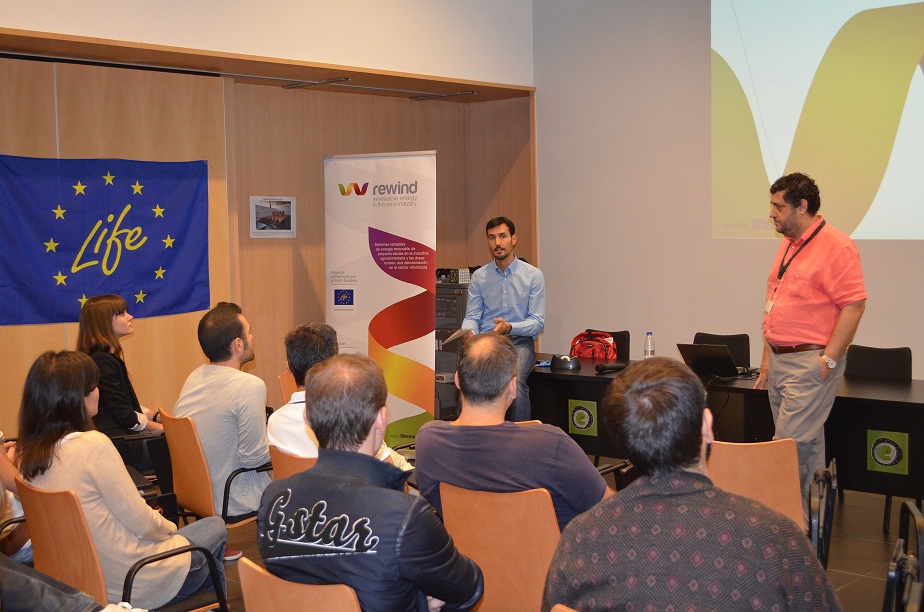 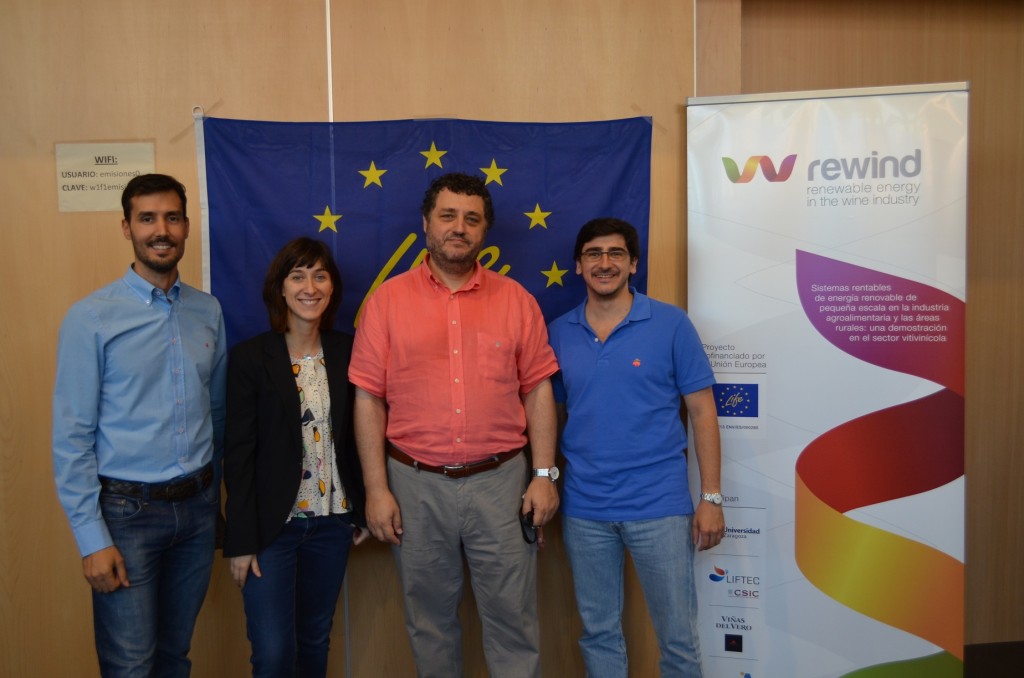 The start of the project was published in various media, television, radio, newspaper and internet. 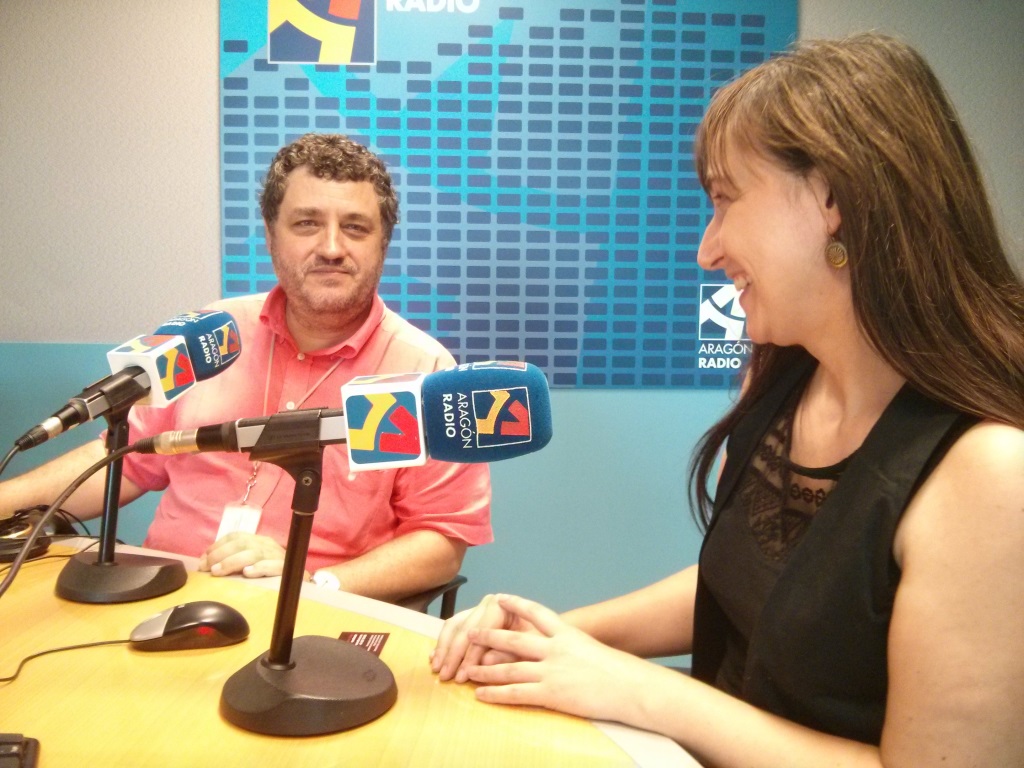 The official presentation of the project took place in the Paraninfo Building in Zaragoza on September 15th, 2014. The ceremony was attended by the Vice Chancellor of Science Policy at the University of Zaragoza, D. Luis Miguel Garcia Vinuesa. 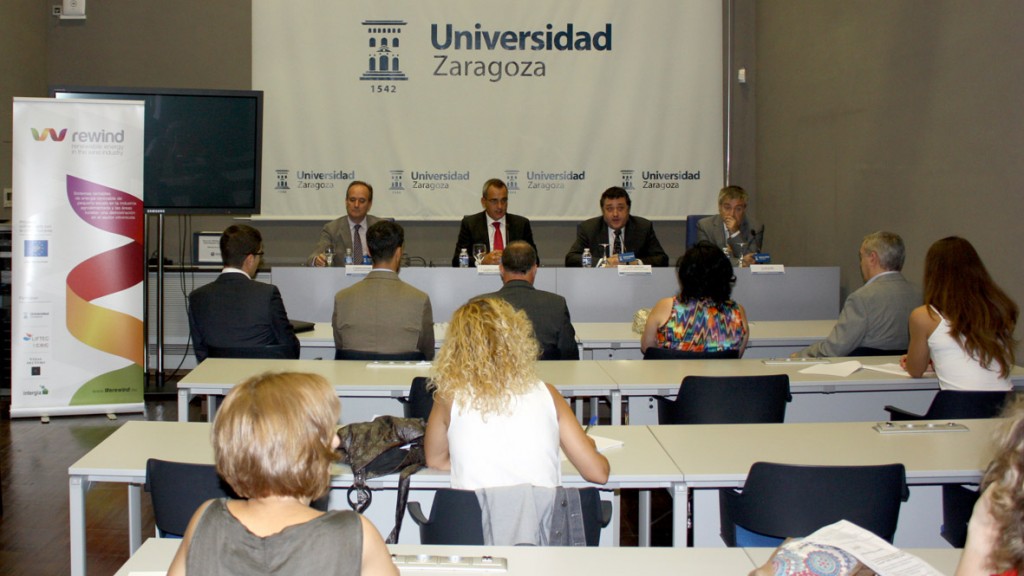 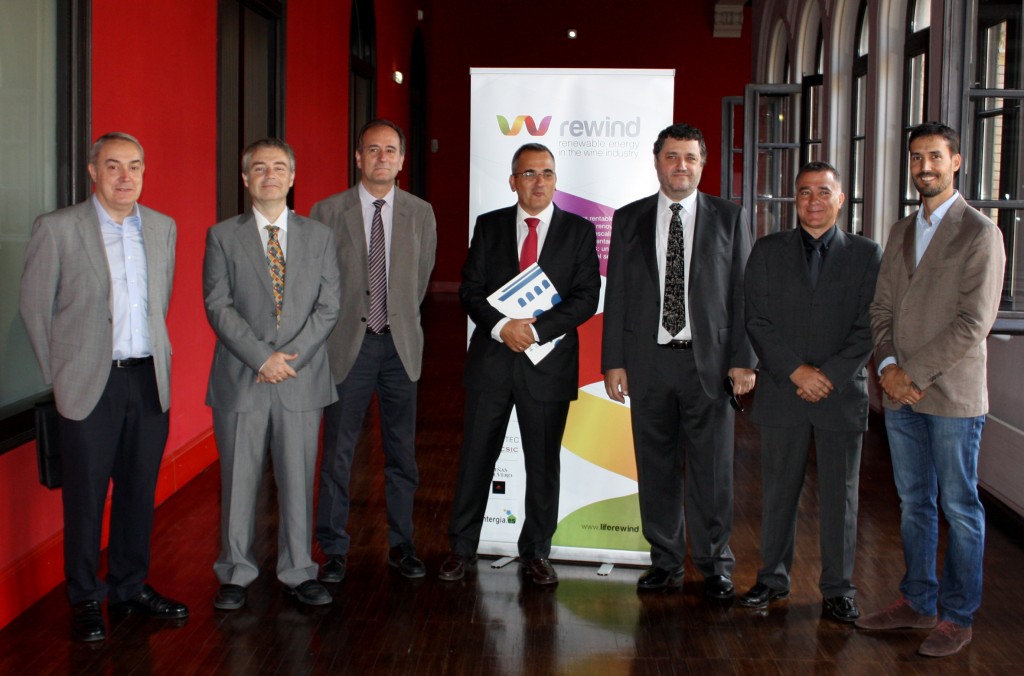 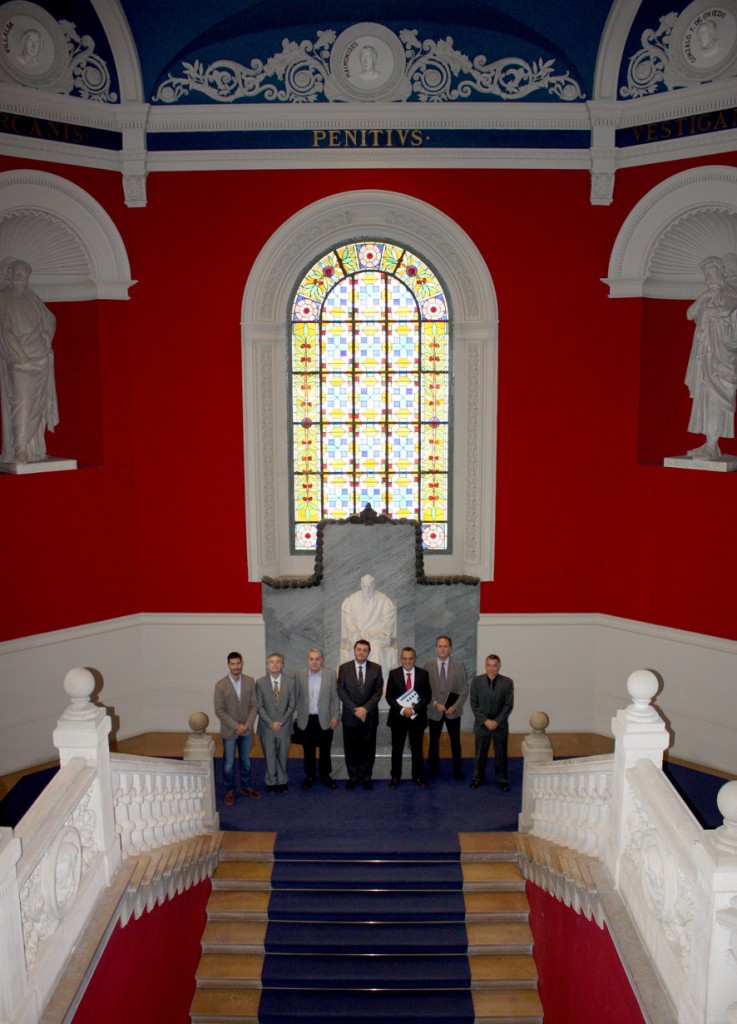