Others meetings and visits 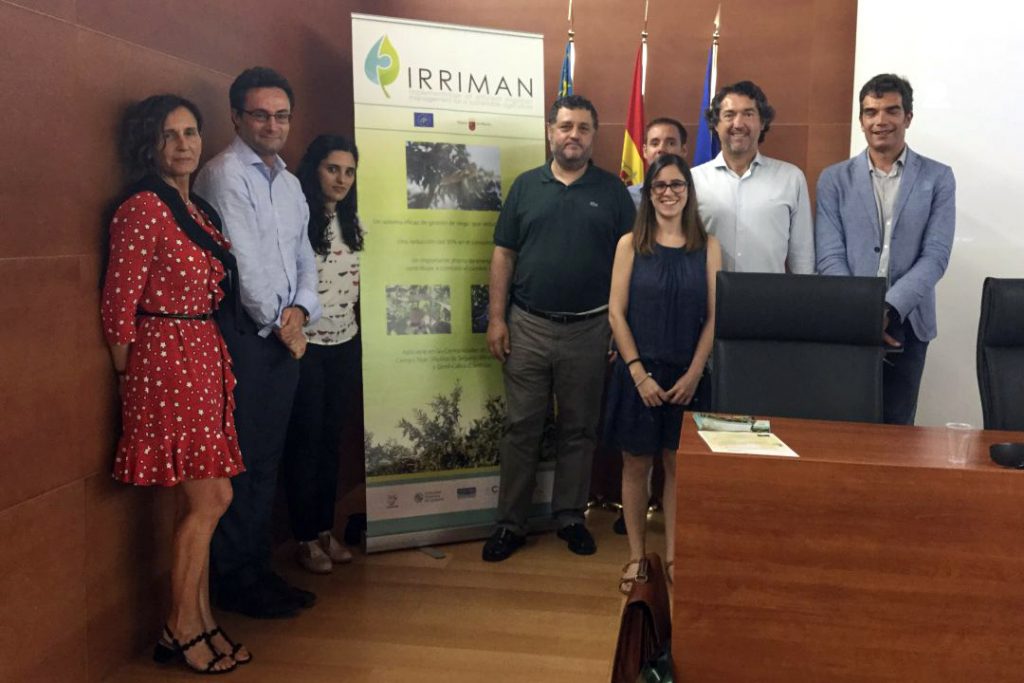 On 06/14/2017, a group of  professors and staff from the engineering schools of the University of Zaragoza visited our prototypes 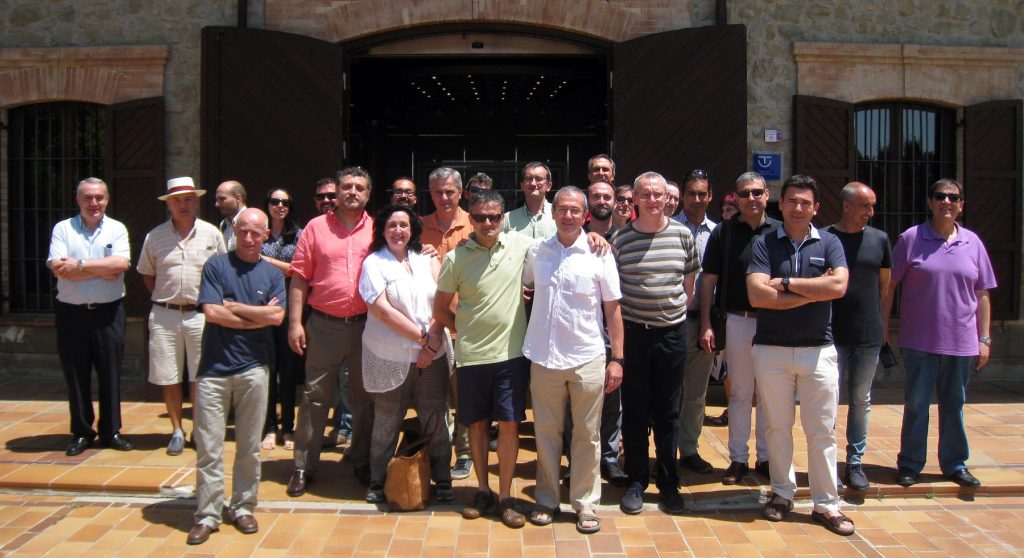 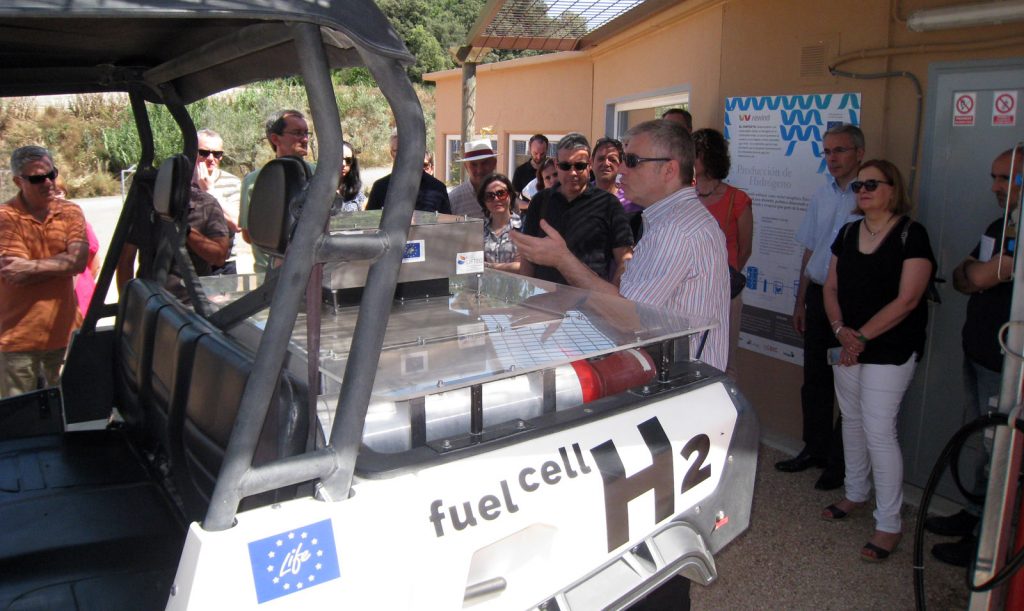 On 06/09/2017, a group of researchers and staff of the CSIC (Higher Council for Scientific Research) visited our prototypes 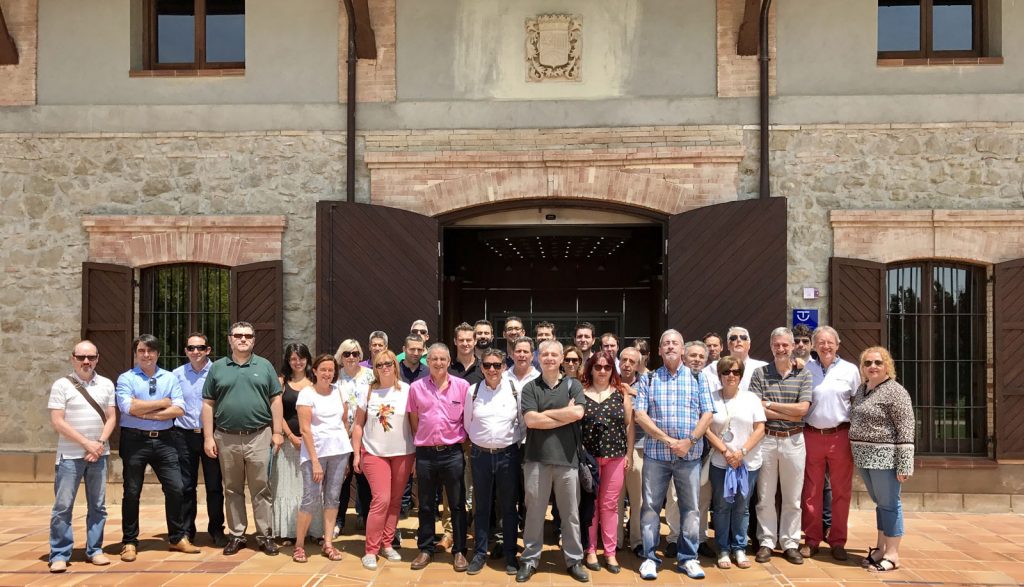 On 04/25/2017 we attend a Networking event organized by LIFE Aquasef at the Ministry of economy and industry, Madrid

On 08/03/2017 we received the visit of students and professors of the International Irrigation Master (from the National Center for Irrigation Technology) and from the irrigation federations of the Tajo and Guadiana rivers, accompanied by the General Directorate of Rural Development of Extremadura. The visit was coordinated by Riegos del Alto Aragón. 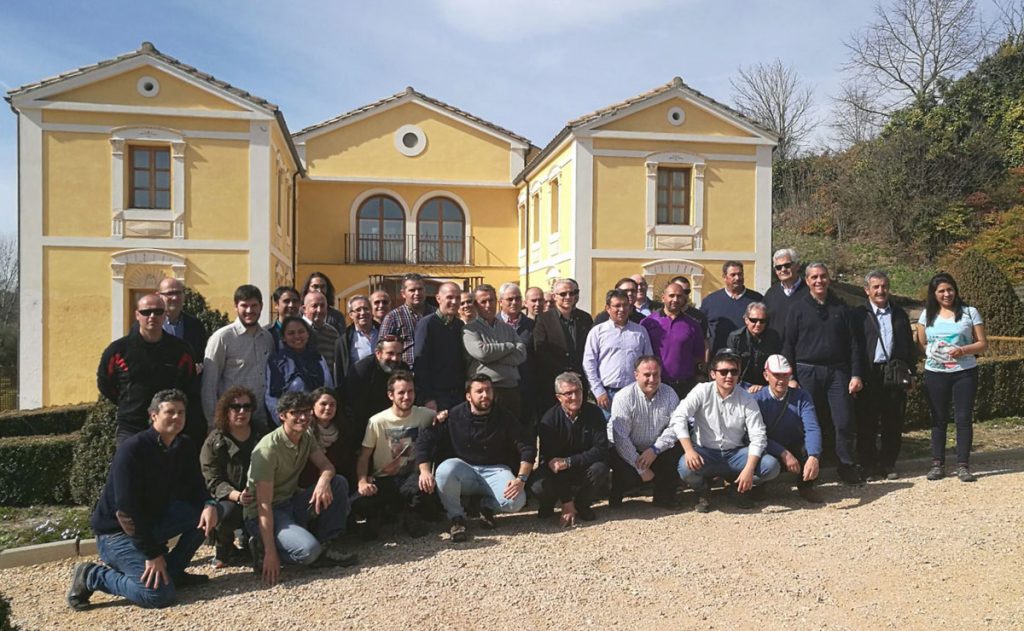 On 02/17/2017, a Scottish group of authorities and businessmen from the energy and hydrogen sector visited our prototypes, also accompanied by representatives of the Hydrogen Foundation’s and the administration in Aragon 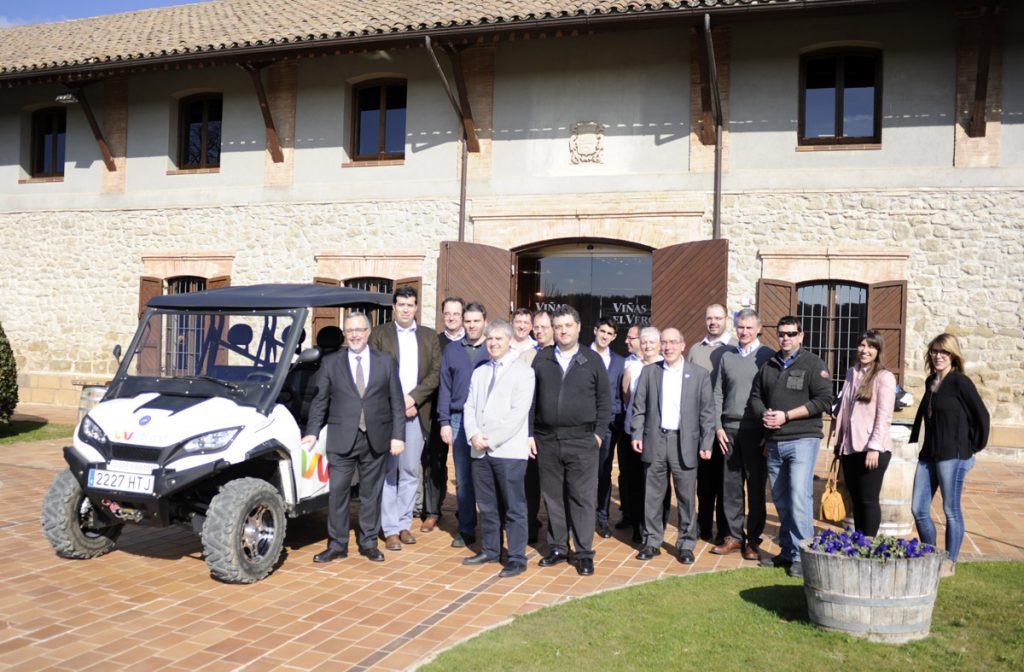 On 17/01/2017 we attended the presentation of the project LIFE Ecoelectricity in the Regulatory Council of the Denomination of Origin Cariñena. In the photo, the coordinators of LIFE ECOELECTRICITY and LIFE REWIND, Lola Corvinos and Javier Carroquino, respectively. 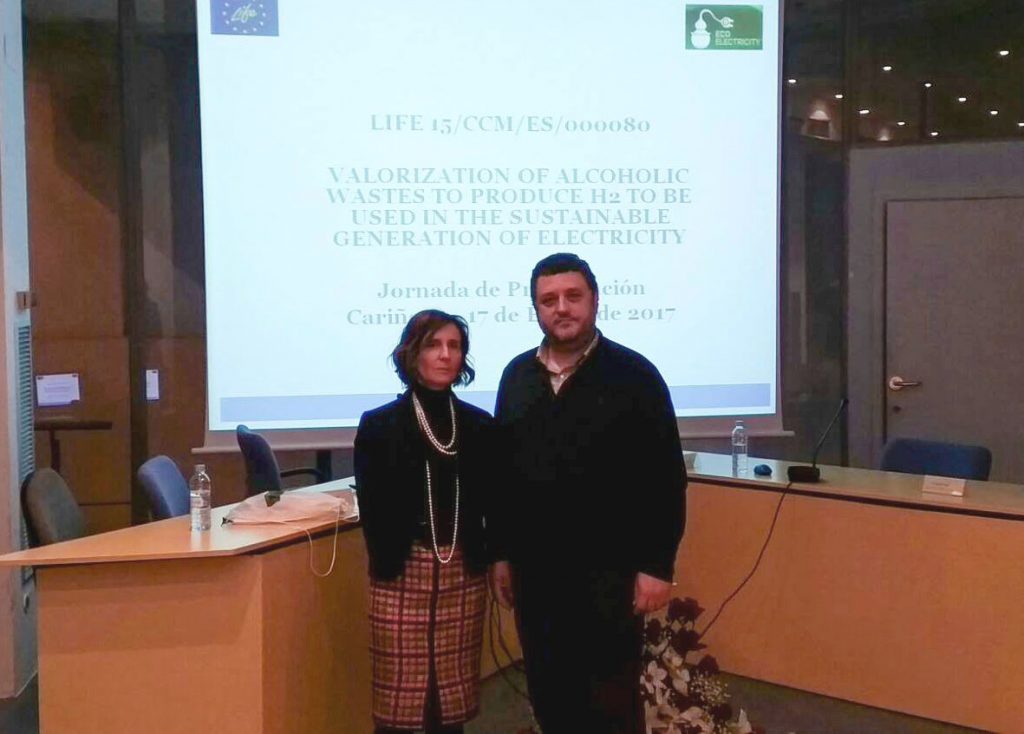 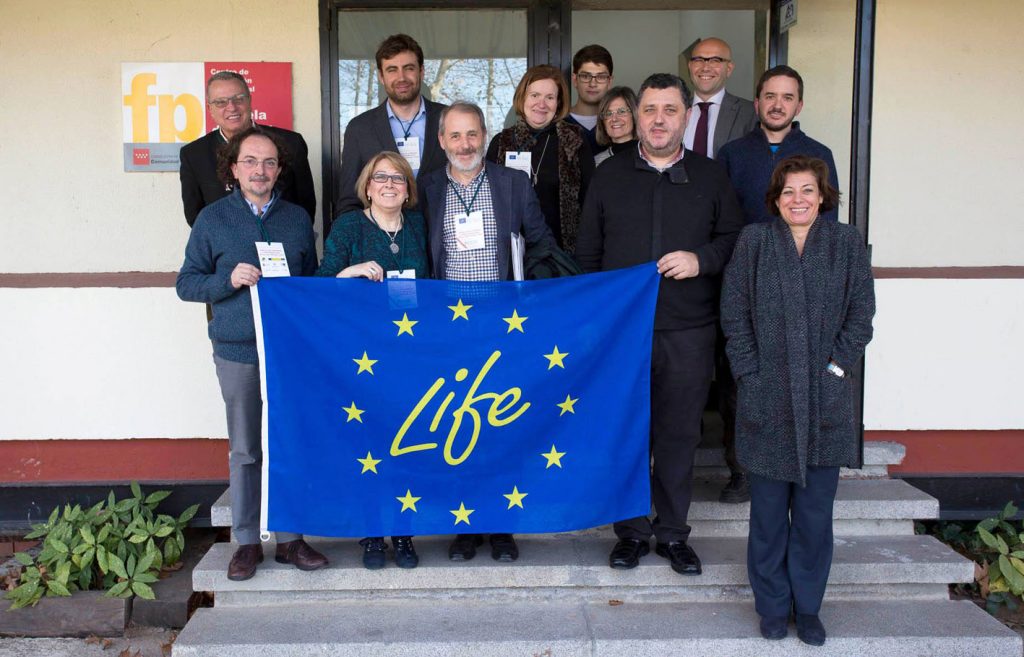 October 19, 2016. Meeting in the Regulatory Council of the Designation of Origin Ribera del Guadiana, with its manager, Fco. Javier López. 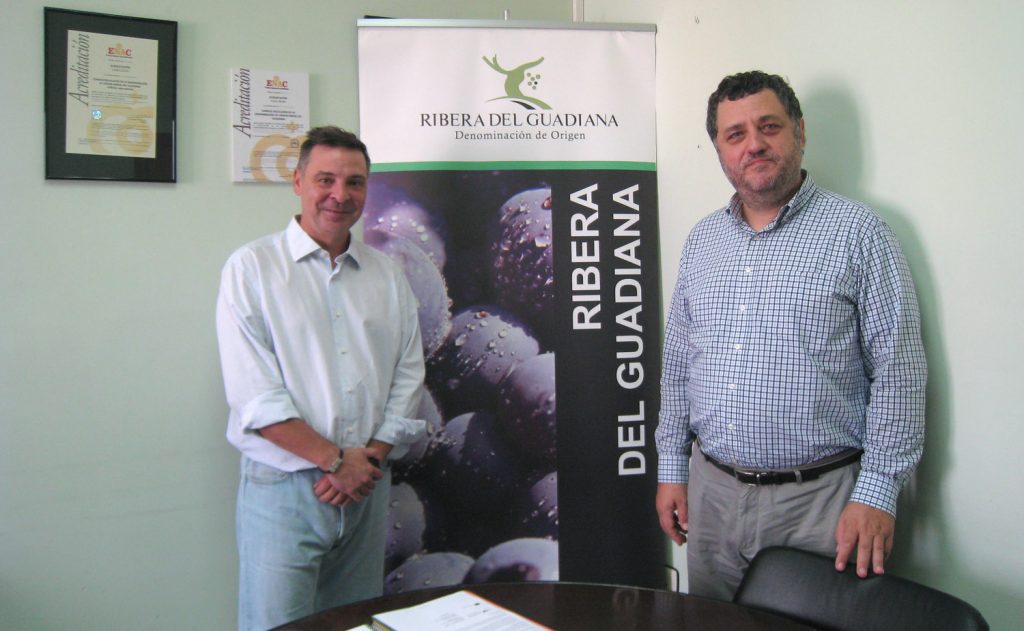 On July 15, 2016, at a meeting with Mrs. Teresa Gálvez (general manager of research and innovation of the Government of Aragon), we have shown the current status of the project. 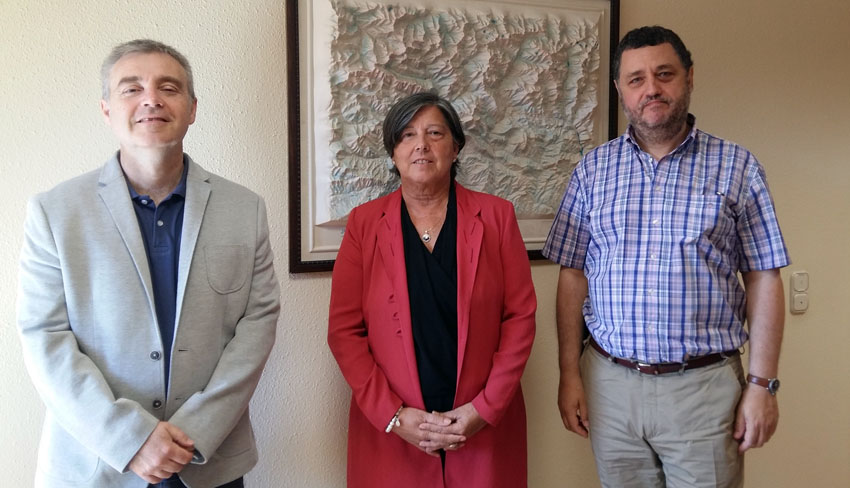 On June 20, 2016 we visited the Technical Secretariat of the Wine Technology Platform (PTV).

On May 27, 2016 we visited the Professional Association of Technical Engineers and Graduates in Engineering of the Industrial branches in Huesca, maintaining a meeting with its directive. 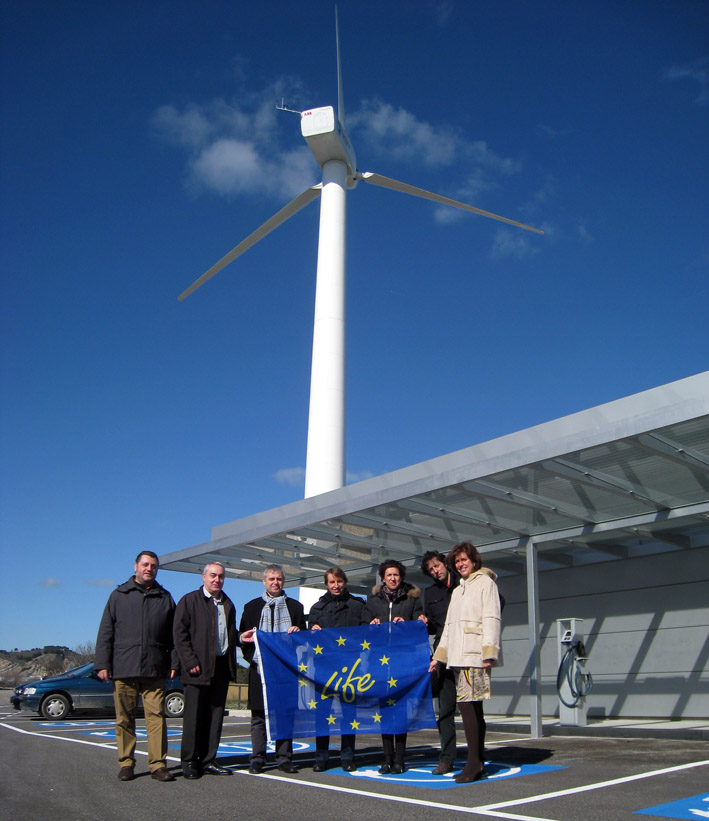 In Peralta (Navarra) with LIFE FACTORY MICROGRID and LIFE RESPIRA

Meeting in the Regulatory Council of the Designation of Origin Yecla, with Blanca and David. 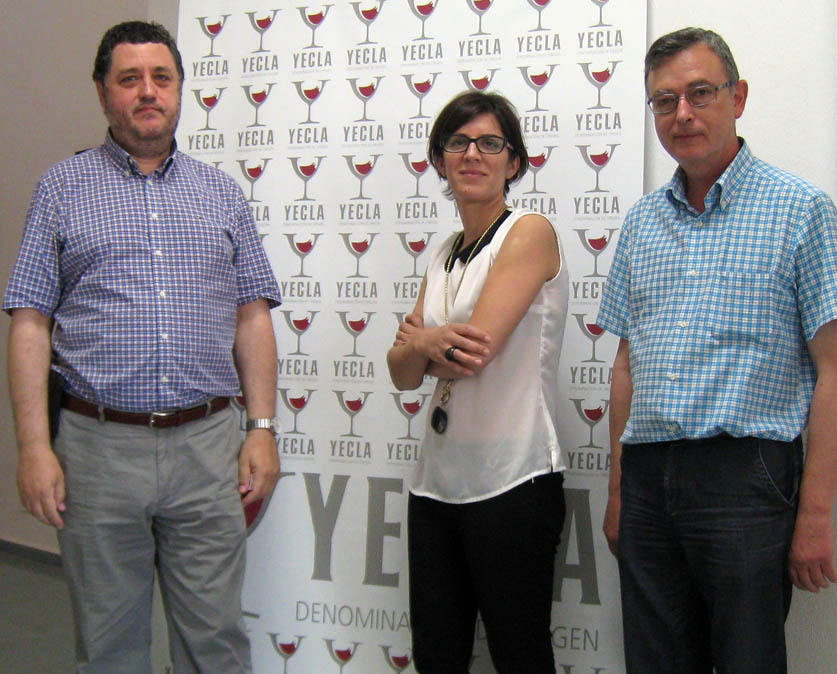 In the Regulatory Council of the Designation of Origin Yecla, with Blanca and David 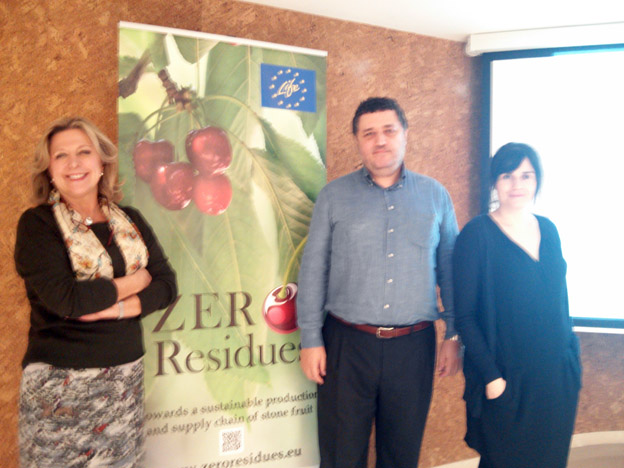 Visiting a technical session of the project LIFE ZERO RESIDUES

At IMIDRA with Félix Cabello