Presentation to the authorities 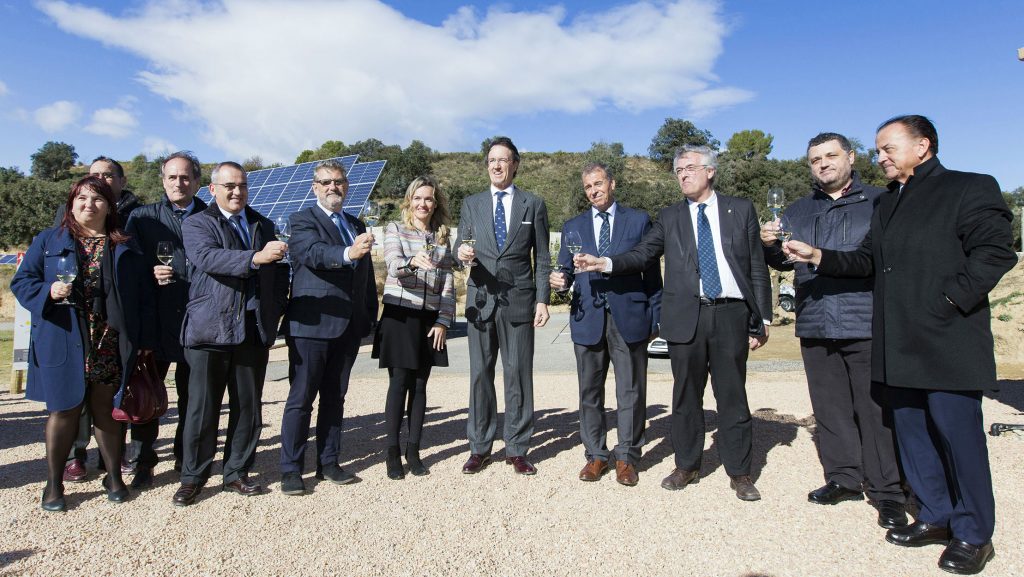 On November 9, in the beautiful place of the winery Viñas del Vero and its surroundings, we presented the project and its prototypes to the authorities.

To the presentation have attended, by the Government of Aragon, the Minister of Innovation, Research and University, Mrs. Pilar Alegría,and the Minister of Rural Development and Sustainability, Mr. Joaquín Olona; The mayor of Barbastro, Mr. Antonio Cosculluela; By the University of Zaragoza the rector, Mr. Jose Antonio Mayoral and the vice-rector of Scientific Policy, Mr. Luis Miguel García Vinuesa; By González Byass its president, Mr. Mauricio González-Gordon; By the Higher Council for Scientific Research (CSIC), Mrs. María Jesús Lázaro. Also attended the managers of the Regulatory Board of the D.O. Somontano and of the Union of Farmers (UAGA), among others. Several participants in the project, who contributed to show the progress made, accompanied all of them.

The presence of the press, radio and television has been remarkable, as well as the immediate and subsequent repercussion in the media.

We appreciate the presence and the words of support received. This event, which is important in itself, also initiates a phase of intensification of the dissemination of the LIFE REWIND project.